The King is dead, long live the King – 2019 is over, long live the 2020! As tumultuous as they have been, what have we learned about the gold market in the past twelve months? And what can we glean from this knowledge for the times ahead?

Key Lessons For Gold Investors from 2019

Today is the last day of 2019. It was a good year for the gold bulls, as one can clearly see in the chart below. The price of the yellow metal increased from $1279 to $1474 (as of December 18 – yes, we wrote this article before the festive break). It means that gold rose more than 15 percent in 2019. The gold bulls cannot complain! 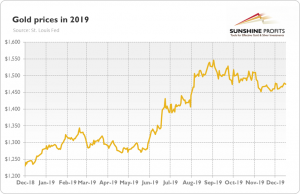 The main driver behind gold’s success were fears of a U.S. recession and the related dovish U-turn within the Fed, which cut the federal funds rate three times after hiking it four times in 2018.

However, it was not surprising. After four hikes in 2018, it was more than certain that the Fed’s stance would become more dovish and that the price of gold would then react favorably. What could be less expected was that the gold’s appreciation would occur simultaneously with the strengthening U.S. dollar. As the chart below shows, we have not observed the traditional strong negative correlation between the greenback and the yellow metal. Actually, both assets moved in tandem strongly up during the summer! 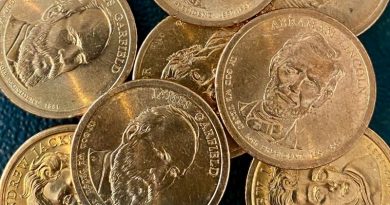 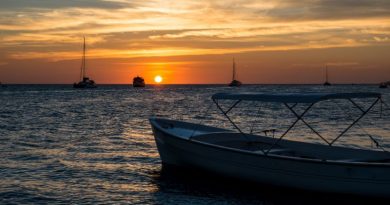