We haven’t seen anything like this since the last financial crisis erupted in 2008. Wall Street has been gripped by a tremendous amount of fear, and the volatility that we are witnessing would have been unimaginable just a couple of months ago. On Monday, the Dow Jones Industrial Average fell 2,013 points. To put that in perspective, the largest single day decline that we witnessed in 2008 was just 777 points. A disagreement between Saudi Arabia and Russia about oil prices coupled with increasing concern about the coronavirus pushed many traders into panic mode, and the result was absolutely stunning. Hopefully stock prices will bounce back throughout the rest of this week, but many experts are warning that this is just the beginning of the carnage. The stock market crash of 2020 is here, and the losses are already staggering. Just consider these facts…

#1 We just watched the largest single day point decline in stock market history. The old record of 1,190 points was just set on February 27th, and the drop on Monday smashed it by more than 800 points.

#3 Stocks plummeted so rapidly Monday morning that a key market circuit breaker was triggered just minutes after the opening bell.

#4 It was the very first time since 1997 that a market circuit breaker has been triggered.

#5 Overall, the Dow Jones Industrial Average is now down 19 percent from the all-time high that we witnessed just three weeks ago.

#7 The Russell 2000 has plummeted 23.5 percent, and it is now firmly in bear market territory.

#9 According to Zero Hedge, total U.S. trading volume “on a 10-day moving average basis, is now higher than during the meltdown in 2008.” In other words, stocks are being dumped at a pace that is absolutely mind blowing.

#10 The yield on 10 year Treasury notes dipped below 0.5 percent on Monday for the first time ever.

#11 The price of oil fell more than 24 percent during Monday’s trading session.

#13 The S&P 500 Energy Sector dropped 20 percent on Monday, and that was the worst day for that index that we have ever seen.

#15 European stocks are now down a total of 22.5 percent from the peak of the market.

#16 The Bloomberg U.S. Financial Conditions Index is now the “tightest” it has been since the last financial crisis. That has very serious implications for “the real economy”.

#18 All it is going to take is one more fairly bad day, and all of the major U.S. stock indexes will be in bear market territory.

In the short-term, we should hopefully see at least somewhat of a bounce. President Trump is promising emergency tax relief, and the Fed has responded to all of this carnage by doing what it does best…

As part of its continuing efforts to make sure the funding, or repo, markets are working properly, the central bank said it will up the amount it offers in overnight operations from $100 billion to $150 billion through Thursday.

Every time we see a surge of panic in the marketplace, the Fed is either going to cut interest rates or flood the system with more money.

And since there isn’t much room left to cut rates, the Fed will increasingly be forced to use option number two.

But if this coronavirus continues to spread all over the globe, no amount of Fed manipulation is going to fix things. The following is how one analyst described how many investors are feeling at this moment… 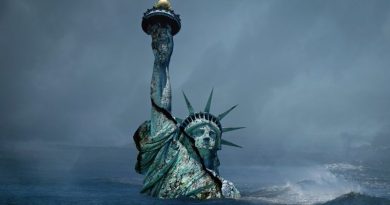 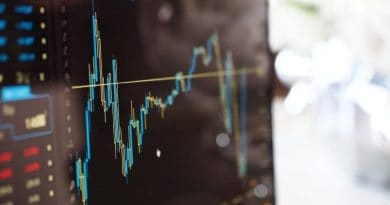